Some Useful Traits To Recognise A Topnotch Party Emcee 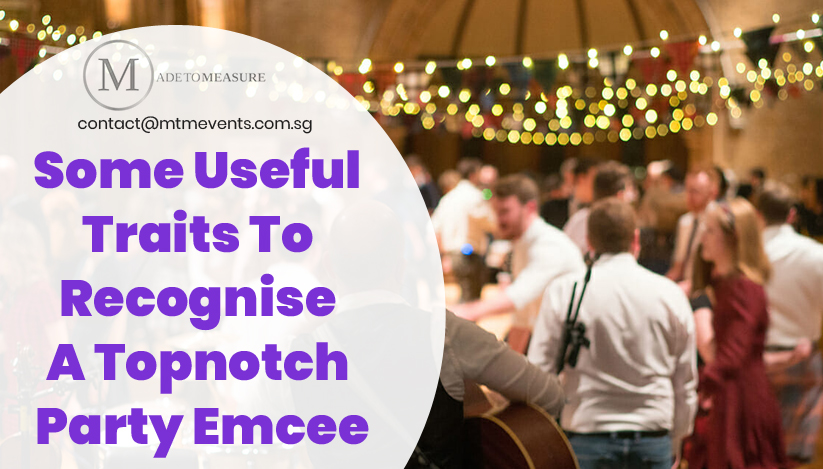 Hiring any ordinary party emcee is not going to make a seismic shift in the “fun-scale” of your party. A topnotch party is a must here. With that said, below we are listing some useful traits (5 in total) to help you recognize the perfect party emcee Singapore for your next major event.

There’s no way an inexperienced individual should be handled the task of engaging hundreds of guests at an important event. Just because the guy you met as the emcee seemed a funny bloke at the first meeting, the job demands a whole lot more.

So just to be double sure about the person you’re hiring, don’t feel shy in asking the big and useful questions such as “Which other major clients have you served before?”, “Can I look at your business portfolio?”, “Any major event that you’ve handled before?”

So this simply means that it’s not just crucial that you hire a professional emcee, but also a suitable emcee based on your event. For instance, a party emcee who’s an expert at rocking the stage during a concert might not feel his ideas work that effectively during a corporate event for a product launch.

Always acquire the services for your office party from an emcee whos handled those sorts of professional gatherings before. Simply inviting a cool, laid-back and funny guy at a more formal affair doesn’t really end well.

If the first joke doesn’t land well, then you’re basically setting your event up for a massive disaster. Similarly, if your guests seem to have had the time of their lives at your party but the emcee decides to bid them farewell with a lame joke, everyone leaves with a sour taste and ends up only remembering the bad grand-finale of the night.

A professional emcee engages the audience while occasionally making them laugh, but he/she shouldn’t go and prepare a standup comedy routine just to make sure that people hear. The trick is just old-fashioned plus you run the risk of the event ending up a mess.

Once again, just like how an excellent emcee doesn’t need to be a comedic genius, he/she also doesn’t have to sound like a politician speaking at a public conference and is feeling quite dull. There’s no way a charisma vacuum of an emcee is able to hold the crowd for hours without making the party seem lifeless.

A top-notch party emcee is someone who has the charm, confidence, and the vocabulary to boot with his professional dressing sense that collectively is responsible for making him/her the perfect crowd-favorite.

Simply sounding like an English professor is not enough to make the crowd go wild, but the emcee also should have the right delivery, timing, and tone with everything he/she is saying, while also adding sparks of “funny” and “informative” into their material.

Most excellent party emcees are naturally gifted at “public speaking” so go with the person to whom it all seems to come naturally. For that, a face-to-face meeting with the candidate prior to the event is an absolute must.

Setting up your net party for success is much easier than you think. One good advice is to acquire service from the leading Event Organisers Singapore, something that we at MTM Events have the expertise to offer. We are a group of highly motivated, seasoned and well-drilled event management professionals who make it easier for you to ensure a successful gathering irrespective of your budget and requisites.